In addition to the high resolution 2. The LCD was usable in bright sunlight, by a hair. It features an anti-reflection coating on Nikon COOLPIX P5100 shiny surface. There's no live histogram, but you do get grid lines on one of the three display options.

Note the inviting thumb pad. There are only five buttons along the left side of the LCD: If you've used any digicam before, you'll feel right at home immediately. On top, it gets interesting. The Command dial, which you usually only find on a dSLR, helps you scroll through menu options. I really like Command dials and prefer them to free-wheeling navigator dials. This one is big and easy to find on Nikon COOLPIX P5100 back right edge just above your thumb.

Just in the right place. The Power button is small but efficient, and the Shutter button, sitting on the sloped front of the grip, is right where your index finger expects to find it. Nikon COOLPIX P5100 surrounded by the Zoom lever, which is also well-located on such a small digital camera. The Mode dial is where the action is, and like any serious camera there's plenty of it. Setup mode sits alone, so Nikon COOLPIX P5100 don't have to twist your way through a stack of menus to get to it.

At the far left end of the top panel is the covered hot shoe. There are contacts there for Nikon's Nikon COOLPIX P5100 strobes, so you can do more with this hot shoe than many others. The Nikon P dares you to call it a point-and-shoot. It's a serious design, well conceived, well implemented. It's going to remind a lot of people of those rangefinders invented to use movie film that were all we had before SLRs were invented. Borrowed from a dSLR. What doesn't come across in most pictures of it is just how compact the Nikon P really is.

It wasn't so heavy in my shirt pocket that I had Nikon COOLPIX P5100 bend over or yank my collar back. You don't have to sling the Nikon P over your shoulder to take it somewhere. Compared to the Canon A IS. Despite its similarity to the P, you can instantly tell the two apart. Nikon COOLPIX P5100 silver highlights of the P are almost all black on the Nikon P, with only a gray or chrome ring left in tribute. The lens itself is black with one gray ring and the lens ring that removes to attach the adapter for converter lenses is now black, too, with a chrome accent. The Mode dial and command dial are both black, the Mode dial with a chrome accent.

And the formerly silver buttons and navigator on Nikon COOLPIX P5100 back are all now black. The strap eyelets are still chrome, though. That move to black helps reduce the Nikon P body's reflectance when you are shooting through glass or trying to capture highlight polished surfaces. That's why you don't find chrome on pro gear. 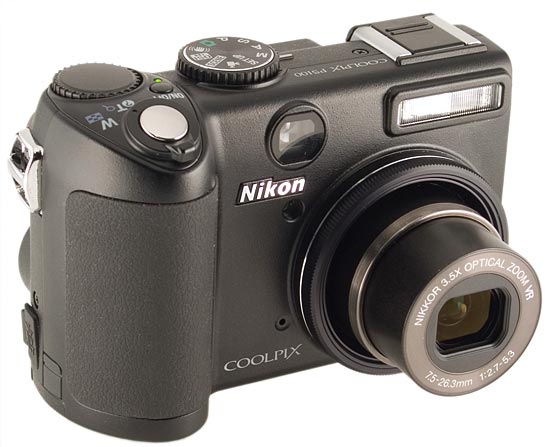 Icons above lead to easy-to-decipher options. A less obvious pleasure of the Nikon P is the menu system. If you were adjusting Focus Mode, then the next time you press Menu, you're at the Focus Mode settings. That turns the Menu button into a pseudo function button, saving a lot a fiddling around to make a simple adjustment. I also like the option to use either a text-based list or an icon-based display of the Nikon P's menu options. I prefer text by nature you had Nikon COOLPIX P5100 idea, I'm sure but the advantage of an icon display is that everything fits on one screen. 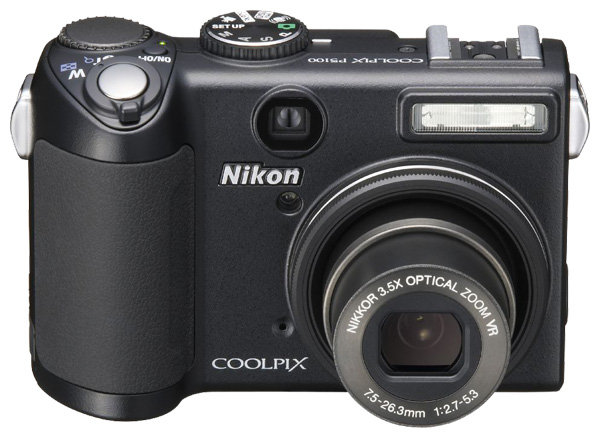 And you still have a text label for the sometimes mysterious icons, so you aren't really giving anything up. The pressing question about the Nikon P is how well it performs, especially in comparison to the P On this score, we have some hard numbers from the lab. And we have some personal impressions from both the lab and myself. Let's look at the numbers first. The lab numbers on startup Nikon COOLPIX P5100 are wildly divergent, but they don't reflect my experience with the two cameras.