Additionally, I never really got the Bluetooth stack provided by the same module as the Wi-Fi working on the machine. 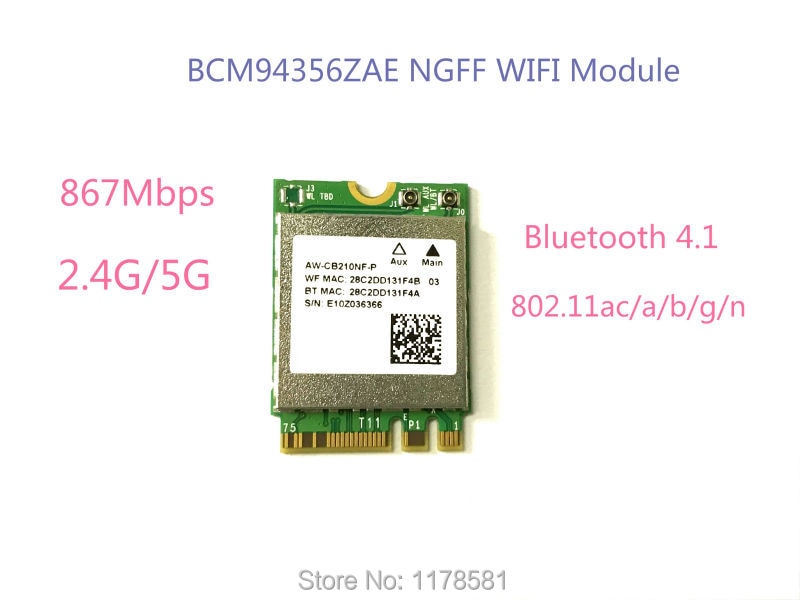 The problem affected both Windows and Linux to varying degrees depending on the firmware version. The Bluetooth problems were a complete omission from both my review of the Lenovo Yoga 3 Pro and follow-up article about Linux. The M. One of the first things to do is to Broadcom WLAN Module libc-like functions used, like memcpymemoveetc. This can be done manually or using Sybil, a function divination tool [7]. The firmware relies on its own internal 'console' to print information.

This console is a simple buffer of bytes lying in RAM. So the firmware gets its own home-brewed printf which is easily recognised via the numerous format strings present. Functions related to the heap memory management malloc and free can be identified in different ways: Cross referencing the pointer of Broadcom WLAN Module linked list gives us the free function. The allocator is easy to understand: The allocator is usually in RAM, so it can be updated and change from device to device, or from one version to another.

In his thesis he gave lots of information about these different structures and linked the API's symbol names Broadcom WLAN Module the structure they take in arguments. Now, let us see how the frames are managed in a FullMAC device. 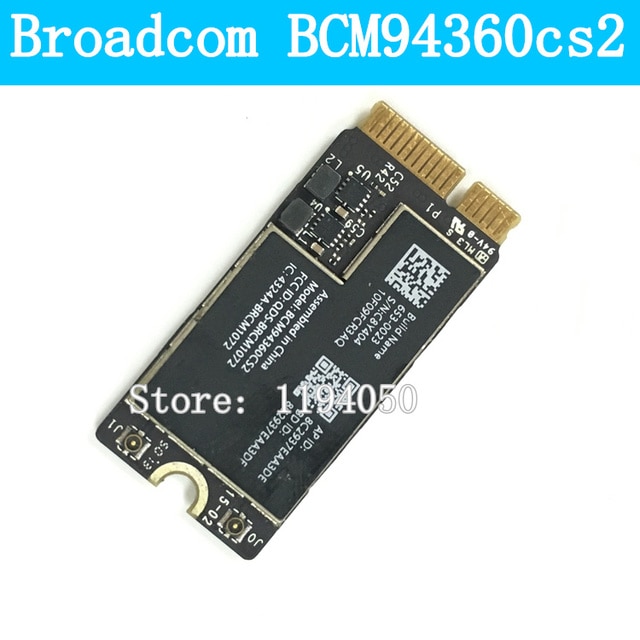 When a frame is received, an interrupt is triggered, the frame processing starts in the FIQ interrupt handler. Let's take a look at how frames are processed in the bcm firmware. We start by analyzing the Fast Interrupt handler FIQwe notice that this handler will grab a function pointer located on 0x and pointing to a function at 0xe This function contains two branches: If a memory violation occurs, the first branch will print a register dump and a stack trace on Broadcom WLAN Module internal console very convenient. It's very useful when developing an exploit: If we follow the second branch, we end Broadcom WLAN Module in a function at 0xA88 which will iterate through a linked list located at 0xE5C and containing pointers to functions:.

A check is done on the type subfield of the FC field in order to correctly dispatch the frame to two handlers. Only one article mentions emulation of these firmwares. First, we tried to emulate some parts of the code a simple call to printf in whatever function with the Unicorn framework.

We designed a tiny class wrapper Broadcom WLAN Module the Unicorn emulation engine, allowing us to easily define all the emulation's parameter and load them with jscon configuration file. These parameters include:. The RAM snapshot contains everything needed, code and initialised structures.

To get a sample corpus, we have sniffed traffic sent to our device in various situations then worked directly with the pcap file. The fuzzing strategy was naive, as we only used random bitflips, with a static seed for easy reproduction Broadcom WLAN Module the results. In this scenario it is important to mention that the context in which the RAM snapshot was made influences the fuzzing and the code's paths taken. For example, if we want to fuzz a frame used during the association with an AP, we need to dump the RAM when the chip is not connected to any AP. To ensure we emulate the frame processing correctly, we have produced a trace by printing each pc address and then verified that we correctly visited the corresponding frame handler.

In this way we can answer questiosn like: In order to determine if are discovering new code paths with our fuzzing, we have implemented a dirty new path's metric. First, we do a blank emulation run without fuzzing the frame from our pcap file.

During this blank run, we Broadcom WLAN Module all the PC addresses and store them as keys in a dictionary. When we start fuzzing, we keep recording all pc addresses. If an address from the fuzzing run is not in our dictionary, we conclude we discovered a new path.