That upgrade brings Xorg and the kernel to the versions on Read below for more details on why this is important.

With the release of Ubuntu Well, it's because of a few things. Firstly, it's just not compatible.

You won't find fglrx in If you download the latest version from AMD's website and install it, you'll run into Low Graphics Mode, blank screens, and other nasty stuff you don't want to happen. You might be hoping that AMD will step in to update the driver, but then you must not know AMD's reputation for ditching support for even slightly older cards on Linux.

There's always the possibility that AMD will release another widely compatible graphics driver or that people might just move away from AMD on Linux. It doesn't make sense to spend a lot of Dell Precision 530 ATI Radeon VE Graphics on a driver for a few Linux OSes doing it for all would be harderwhich would still have to be supported if a new driver came out from AMD. More on this here: First of all, the installer kept failing, which support seemed unconcerned about since it was at least getting the old driver back in there.

They didn't even check the error log for what failed. And hey, what do you know, the freezing issue is right back from day one. Back to square one. So the tech then escalated the issue to a 'resolution specialist'.

The resolution specialist just emailed me back and said that since I was using an unsupported driver version, they couldn't make any assurance of compatibility. Their own support person installed the unsupported driver.

July 7, The R7 M appears in Device Manager, and I also have the latest version of drivers downloaded from manufacturer's website. I have tried pretty much everything, and everything says that I am using integrated Graphics, not R7. I also Googled all possible solved cases and none of them helped me. Even a rather anemic HD is going to be faster than Intel's HD Graphicsby about 30 percent, though newer Dell Precision 530 ATI Radeon VE Graphics with 5th and 6th gen Intel Core parts are probably close to the HD I don't have all of those parts sitting around for testing, but what I do have is a modern quad-core iHQ notebook.

Sure, it has a beefy graphics card as well, but I set Civ 6 to use the integrated graphics. Intel's HD Graphics in this case is a moderately potent graphics solution, likely better in some ways than an HDand I wanted to see what it could do. Let's start with image quality, because that's going to be key. I selected the Medium preset first, created a new game, and was promptly greeted by 15 fps. Nope, that ain't gonna cut it! 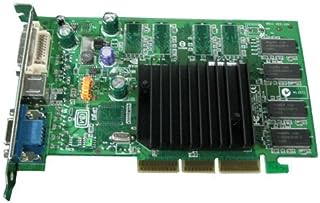 This is the start of the game, with one settler and one warrior unit on the screen and a bunch of stuff hidden by fog of war. Dropping to the Low preset which is really minimum quality—everything is turned off helped immensely, giving me a solid fps.