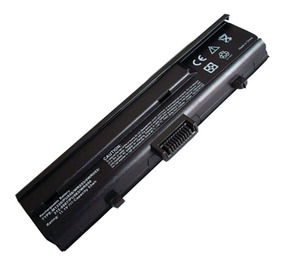 Our review unit came with a glossy green lid that we were happy to find didn't show many fingerprint smudges. Other color options include blue, pink, purple, red, and white. The plastic Dell Inspiron 1410 Notebook Dock is simple and straightforward: There's just one light on the bottom left area of the wrist rest, indicating power. Unfortunately, Dell didn't include a light to indicate Wi-Fi status, which we would have found helpful. The six-cell battery on our configuration raised the unit about an inch in the back, providing a comfortable downward slope. Heat Whenever we had the 11z in our lap, the system got uncomfortably hot underneath in a short amount of time. Even when sitting on hard surfaces, the left underside near the vent was always noticeably hot.

We knew the notebook's fan was working, though, because we heard its constant whine whenever the system was on. After the 11z sat idle for five minutes, we played The Daily Show on Hulu at full screen. Within 15 minutes, the touchpad was 88 degrees Fahrenheit, and the space between the G and H keys was 95 degrees.

When we measured the bottom of the unit near the air vent, the thermometer registered degrees; air coming from the vent got up to Temperatures below 95 degrees are acceptable; we consider anything over degrees to be a cause for concern. Keyboard and Touchpad Due to the 11z's Dell Inspiron 1410 Notebook Dock percent of full-size keyboard, we were able to reach our normal typing speed right away though we committed far more errors than usual.

The Dell Inspiron 1410 Notebook Dock rough-textured keys on the 11z are also flat, lacking the familiar slight dip in the center. It's too easy to hit the wrong key on the 11z or accidentally hit two at once. Even after playing with the system for a couple of days, we still experienced a high error rate.

The key size seems to be Dell Inspiron 1410 Notebook Dock culprit, as is the small space between each, and when combined these elements offer no slack for slightly inaccurate typers. We didn't have this problem with the Acer Aspire 's keys, which are about an eighth of an inch bigger and have more space between them.

Otherwise, keys offer snappy return and good travel. Placement is also good; the Shift key is a bit undersized to make room for the up arrow, but it's in the correct position.

Alt, Dell Inspiron 1410 Notebook Dock, and Fn keys are sized well on both the left and right, making things easy for frequent shortcut users. We're pleased to see that the Function keys along the top row have been reversed so that you don't need to press the Fn key to control brightness, multimedia playback, volume, and Wi-Fi. The bottom corners of the touchpad are clickable, indicated by two oblong markers on the left and right. While we liked the larger surface area, we found it to be overly sensitive.

When we'd try to do something as simple as click and drag or scroll down a Web page, the touchpad would interpret the movement as a pinch or zoom about two-thirds of the time. In the options page for the Elan touchpad driver found in the Control Panel users can access customization options and enable or disable any of the gestures. However, while there are sensitivity sliders on the PalmTracking software which keeps the mouse cursor from jumping due to accidental contactthere is no way to fine-tune the sensitivity of the touch surface itself; we had to turn off some of the multitouch features just to make using the touchpad bearable. Powered by Elan Smart-Pad software, the touchpad is capable Dell Inspiron 1410 Notebook Dock multitouch gestures beyond two-finger scroll or pinch-and-zoom. 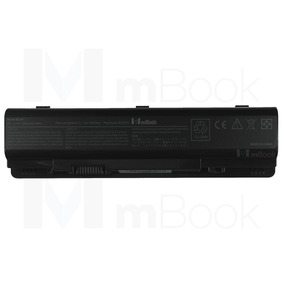 Elan's tutorial demonstration of the eight gestures the touchpad is capable of was very helpful. It showed us how to execute the three-finger window switch, as well as how to quickly minimize all windows by placing your palm on the touchpad. The level of functionality and complexity also reminded us of the MacBook.

Unfortunately, Dell's multitouch isn't as easy to use. Display and Audio The glossy Vertical viewing angles were very good. The screen tilts back about degrees, and we encountered no color distortion at that range.