There was anger that I would not let code through with obvious flaws and accept we would 'fix them later' and anger that to ensure we research the full impact a number of issues including some I am currently bound by security ethics not to discuss at the moment turned out to be bigger than anticipated because of this, on the other hand some issues turned out to be smaller. Andre had requested approximately 2 years ago at a lunch meeting I take a more guiding vs developing role to bring the team up Ubiquiti PicoStation M2 AREDN speed, unfortunately this meant a lot of code wasn't ready on first passes, much of this code spent more time with code review than it would Ubiquiti PicoStation M2 AREDN taken me to write it myself but then the team would never learn any new skills.

Additionally work scheduling delayed my ability to work on the project and continuing rising tensions inside the group made me even less likely to want to work on code so yes I was indeed far less active these past years than I have been in order to protect my health skyrocking blood pressure every time I would see an email from them. I'll also note I was pushing for years to make the code review public for EVERYONE to see and comment on, I was repeatedly denied the permission by 'group vote' to publish the URL which I adhered to while at the same time core team members were discussing known security vulnerabilities with Ubiquiti PicoStation M2 AREDN public not included in the security review without any reprimand so a bit of a 'double standard' internally was at play.

It wasn't untill just a couple weeks ago that I got the code review to start being more public.

In addition over the years by their vote I have been denied the permission to discuss core issues like the AirOS firmware updater flaw with outside developres because the team was afraid it would tip off Ubiquiti and it would cut us off from the features we thought we had found. This all slows down Ubiquiti PicoStation M2 AREDN.

I do assert to being the creator of Ubiquiti PicoStation M2 AREDN, Andre has been corrected on this more than once in private, including when Randy created the image I had to remind him him it was me letting him use the name for the physical logo. I chose the name because it was short and it had.

I offered them to buy 5 domains from me, my share of my rights in the AREDN tradename, and the copyright rights I own for any documents we collaborated on the AREDN website or any content I created solely by myself so they could continue running the website without having Ubiquiti PicoStation M2 AREDN do a data purge and without having to go through trademark litigation with the trademark office. Without these rights they have no legal right to publish large parts of the webiste they now run or use the AREDN phrase outside of Fair Use law they do have a right to the source code as it is available to the public as open source I've been on a few week break and was suppose to come back after Field Day debate just giving them the domain and stepping away to let the community benefit from them, or to work with them to do a smooth safe split i had promised them if we split we would work together or to possibly reevaluate working with them if i felt they had convinced me they had the user community at heart only to find they had secretly been doing all these actions in the backend, especially when we were in a period where we were trying to recover and see if we could be a single group that would work together to solve our differences and agree to continue working together and all the while they were secretly creating a corporation and registering trademarks.

At that point it just became plain wrong to give them everything for free, but at the same time It angered me so much that I wasn't and am still not sure I ever want to work on a project to benefit the Ham Radio Community again. I make no claim to being the easiest to work with, there were hundreds of decisions of the years I didn't agree with but I lived with them out of fairness to a Ubiquiti PicoStation M2 AREDN, but when it came to stability of the firmware I did take that seriously, especially since Andre was meeting with me at lunches Often at Love Boat Sushi in Oceanside CA pushing that I was still to take that role and that he felt as I understood it that the team was not skilled enough and that the critical eye of mine was still needed. Ultimately we were probably going to go our separate ways no matter what in a few weeks, be it I walked away and gave everything, or we became two separate groups with different names, but finding a trademark request basically killed any smooth transition.

Basically every post and email I am seeing is "we outnumber you so whatever we want to do is going to be the way it will be" in fairness though at one point in the past I had pulled the "I'm the owner of these names, were going to do it this way or you can create a new group" phrase out, it seems they have taken that to be "well we will create a new group without you using everything you have done and the name you have created Where does this leave the project? Honestly I don't know where it leaves me, This is one in a long line of actions that cause me to become further uninterested in seeing the Amateur Radio Community prosper, and on the other hand I don't want to see the community suffer for the actions of a few individuals. So I honestly don't know where I am.

As one opiton I have offered the group that has perpetrated this action an ability to buy the domains, the trademark rights, and copyright rights for content if they want it and want me to walk away.

Ubiquiti PicoStation M2 AREDN I am sure the 'team' that did this will continue creating firmware under the new domain name they have setup, I'm sure they will even churn out builds quickly. This may be good or bad, I've rejected a lot of code and I've seen our upstream organizations reject code some of these team members have created on the spot because it was so far in left field for a solution.

I Ubiquiti PicoStation M2 AREDN leave them with these words of advice for them: Just because the code compiles and executes doesn't mean it is strong reliable code, just because it works perfectly when you send it expected data does not mean it will not crash in extremely painful ways when unexpected data is fed into it. If you are truly committed to a strong EMCOMM rated software than review all your code you submit without me involved and don't accept a flaw you can see at the time and wait for a user to report it in the future, be proactive not reactive otherwise the firmware will loos its advantages for HAM's. 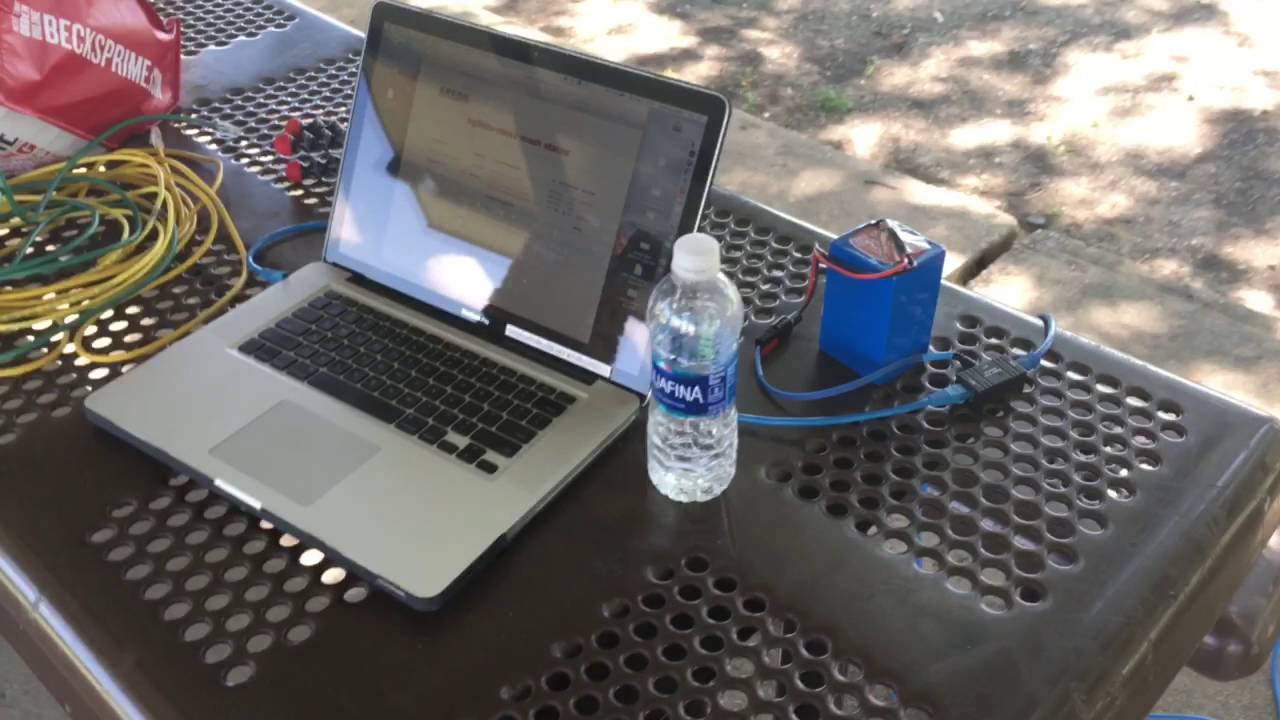 For those who want them: These are desktop devices with an embedded a 5-port Ethernet switch we have preconfigured for WAN, LAN ports and DtD port 4 Upgradability - The distance parameter entry is now mandatory Ubiquiti PicoStation M2 AREDN initial node setup. Its value can now be entered in either Kilometers or Miles. And with no need to stand-up an outboard computer, it is a tempting proposition.

Letter to the Community

When this occurs, the node will automatically kill one or more processes. Depending on what it elects to kill, the device may run erratically or reboot. Before flashing a Ubiquiti device that is running or has been running AirOS version 5. NanoStation Loco M2 NanoStation Loco M5 (XM) NanoStation Loco M9 PicoStation M2, factory. Ubiquiti PicoStation M2 AREDN This improves the maximum data rate capability from 54 Mbps to Mbps and allows AREDN nodes to take advantage of the Ubiquiti MIMO.